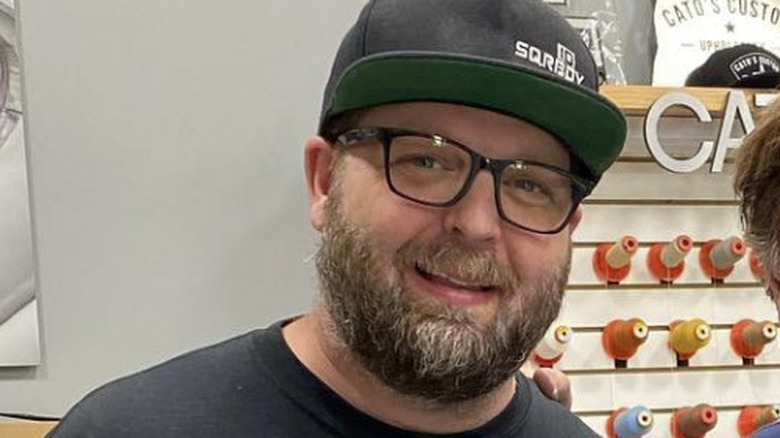 Phil Cato is a former reality star and car mechanic who once worked on Motor trend’s Iron Resurrection. He was part of Joe Martin’s team, employed by Martin Bros Customs.

Cato and the rest of the team would explore the countryside in search of worn out and rusted automobiles, which they’d then fix up.

Most of the time, they’d even be able to sell the newly restored vehicles or motorcycles for a considerable profit. Despite being a fan favourite, Cato decided to walk away from the world of television. Here’s what he is doing after leaving Iron Resurrection.

Cato was part of Iron Resurrection for three seasons, dating back to series’ premiere in 2016. Fans on the show were treated to his extraordinary upholstery skills.

In addition to this, he was also quite adept at customising classic car interiors. His time on the show helped him build a reputation as one of the most talented Custom Upholstery Specialists in the country.

Consequently, Phil decided to set up his own business, which, collaborated with Martin Bros Customs to revive old vehicles on the verge of collapse.

Why did Cato leave Iron Resurrection?

When the cast list of the fourth season of Iron Resurrection dropped on the internet, we learned that there were going to be several changes.

If that wasn’t unpleasant enough, several fan favourite characters were also set to cut their ties with motor trend. Unsurprisingly, several rumours and reports began to hit the surface.

This is because fans wanted to make sense of why a popular character like Cato would decide to depart at the height of his popularity. As is the case with most departures, several people theorised that Cato’s exit was tied to a perceived disagreement with his co-stars and producers. However, both parties were quick to dispel these reports.

The network used their Facebook page to address these rumours back in February 2020. They revealed that Phil Cato’s decision to leave was motivated by his need to take care of his family.

According to several reports, Phil’s wife has gotten a new job offer in Atlanta, Georgia. It was a move that would greatly benefit her career, and so they made the hard decision to relocate the family.

This, of course meant that Cato would no longer be available to film Iron Resurrection. He could no longer commit to the rigorous schedule that reality television often promised. Commuting from Atlanta to Texas would not only be expensive, but also unrealistic.

A few days after this news broke, Cato confirmed everything himself on his personal blog. In the video, he talks about how grateful he is to fans for reaching out to him over the past few days.

He also talked about how important it was for him to support his wife, and the rest of the family at this time. Interestingly, Cato decided to relocate his Upholstery business as well, shifting everything to Atlanta.

What is Cato doing after leaving Iron Resurrection?

An examination of Cato’s Instagram page, which has over 30,000 fans, told us that his upholstery business is still going strong. His bio reveals that he still builds custom hotrod interiors in Georgia.

In fact, most of his posts are centred on his work at Cato’s Custom Upholstery. Recently, he embarked on putting together a 32 Ford, which, was not in the best condition to begin with.

Owing to Cato’s popularity, he has also featured in several magazine covers, including May’s issue of CK Truck’s Magazine.