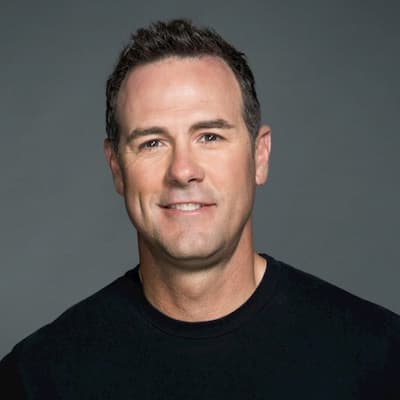 Chris Jacobs is a television host and an entertainer. He is the anchor of “Long Lost Family” aired on TLC. He is also the host of Overhaulin’ and Barrett-Jackson Collector Car Auctions. Both are aired on Velocity.

Jacobs was adopted when he was a 14 months old child. But he did get to meet his real-life mother at the age of 22 through the adoption location service with the full support of his adoptive parents.

He is a 49-year-old man and didn’t bother to marry even once in his life. He was engaged to Ivy Teves, his fellow television host though. Chris even proposed to her in front of 40 thousand people.

In August, the Overhaulin host got down on one knee and proposed to her after throwing out of the first pitch himself. And hello, he bestowed upon her with a one and a half carat princess cut ring.

Jacobs give away that they had been dating for just 8 months and he couldn’t just be not engaged to her anymore. They connected via Instagram and quickly hit it off. He even told in an interview that they went on their first date and have been together since. But then they broke up leaving the couple’s fan puzzled on the question, why did they break up?

It’s still explicit why they broke up. We knew they did when Chris and Ivy both deleted their pictures together from social media.

Chris Jacob’s has a net worth of $ 1million. He is well known for hosting the Overhaulin Tv-series as well as the velocity network’s Barrett-Jackson Collector  Car Auctions.

He also starred in films including The party Crashers, Nick of Time, Rowing Through, Angel’s, Baby!, Runners, Wild Roomies, and The Real Deal. From 2004 to 2014, he hosted the TV series Overhaulin’ and the Long Lost Family series 2015.

He has also appeared in some TV series like Two and a Half Men, The X-Files, V.I.P, Side Order of Life, CSI: Crime Scene Investigation, and Happy Divorced. Also in 2019, he became a spokesperson for wrench.com which is a tech startup focusing on bringing mechanics to the customer directly.

Chris Jacobs was born on January 30 in 1970 and was adopted. He grew up in the northern suburbs of Chicago with two sisters and three brothers. When he was a kid, he shined in sports and theatre.

He decided to go after acting as a career instead of law even though he graduated from Western State University School of Law. Although he gained fame due to his career on TV he worked as an attorney before. Chris Jacobs initiated his career on TV with the dawn of the New Millennium. He was made a host of Overhaulin, the automotive reality tv series in 2004.

The show was about a group of people who pick up an old or beat-up car and remodeled, transformed, and repaired it into a better car. This is done without telling them and then they get surprised seeing that car. He lives in Los Angeles now playing golfs and modifying vehicles.