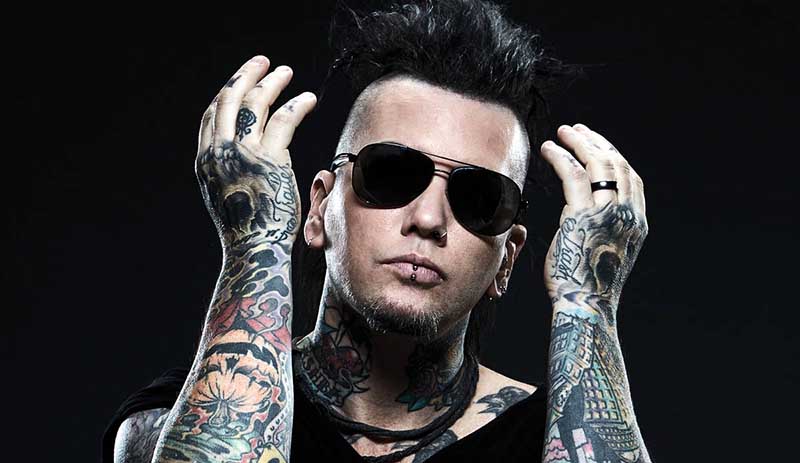 This article is all about DJ Ashba wife, Nathalia Ashba, and her net worth.

DJ Ashba made an appearance in the episode “Sweet Lambo of Mine” on the sixth season of the History Channel reality show “Counting Cars.” The show centers around Count’s Kustoms, the car restoration and customization shop run by Danny “The Count” Koker.

Ashba rode on the show, his 2004 Lamborghini Murcielago, which he wanted to be remodeled into a “man car.”

When finished, the car sported a chic matte satin black paint job. Additionally, The Count put in a rear wing to give it a “street stealth bomber” look.

The car also had custom rims with a glossy black finish. Furthermore, the interior was completely refurbished with black stitching. Besides aesthetics, The Count and his crew also polished the gear and braking system, making the car as good as new.

In appreciation, DJ Ashba gifted his custom Gibson Les Paul guitar that he used on tour with Guns N’ Roses to The Count.

DJ Ashba is Married to his Wife, Nathalia Ashba

On September 23, 2013, then-40-year-old DJ Ashba married his 21-year-old fiancée, Nathalia Henao. They had only been dating for a couple of years when Henao walked the aisle for Ashba.

In August earlier that year, DJ Ashba talked three Las Vegas police officers into taking him and Nathalia on a private helicopter tour. When the chopper landed on a field, Ashba got down on one knee and popped the question to Nathalia. It had all been Ashba’s elaborate ploy to propose to Nathalia.

While the ploy worked and Henao ended up saying “Yes!,” the three police officers were charged with misusing a police vehicle. All three faced varying degrees of punishment for their involvement.

Nathalia Ashba (née Henao) is a Colombian-born actress, model, and fashion designer of Italian heritage. She began modeling in her early teens, winning the title of Miss Model of Europe in 2013.

Since moving to the US in 2013, Nathalia has become a social media personality, fashion designer, and entrepreneur. Nathalia has over a million followers on Instagram and nearly 100k subscribers on YouTube.

Moreover, she ran a successful blog called “According to Naty” and had a smartphone fashion app called “Naty.”

According to CelebrityNetWorth.com, DJ Ashba has a net worth of $10 million as of June 2021. A world-renowned musician and guitarist, Ashba has worked with bands like Guns N’ Roses, Sixx: A.M., Beautiful Creatures, and Mötley Crüe, among others.

Besides his earnings as a musician, which consists of record sales, touring, merchandise, etc., Ashba is also a record producer, graphic designer, and entrepreneur.

He is the founder and CEO of Ashba Media, Inc., a graphic design studio based in Las Vegas, Nevada, that designs custom props, sets, mannequins, themed environments, etc.

Furthermore, DJ Ashba has a line of signature guitars with Schecter Guitars that cost around $1200 apiece. In addition, Ashba also has an apparel line consisting of sweatshirts, hoodies, leggings, t-shirts, joggers, face masks, I-phone cases, pillowcases, fanny packs, etc. Based on the product, the price ranges from $12.99 to $79.99.

Furthermore, Ashba also gifted a Porsche convertible, reportedly the 2019 Porsche 911 Carrera S Cabriolet model, to his wife, Nathalia. Based on the specs, the car can easily cost around $100,000 to $317,000.