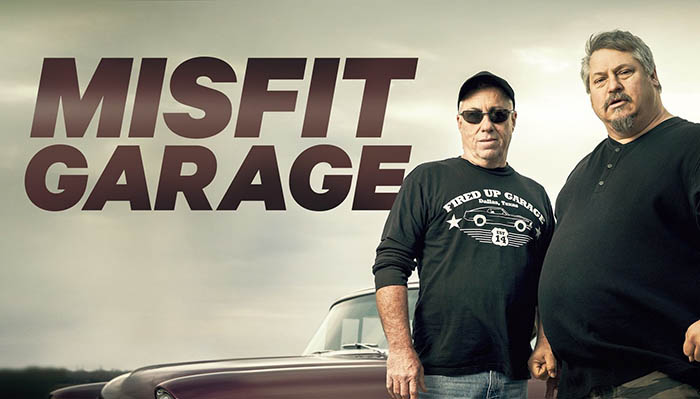 Automobile reality shows have always been a niche genre that’s either going to see success or fail. Fast N’ Loud, over the years, has proven to be the former. The success of Fast N’ Loud in the market birthed and branched other shows of similar nature. Among them, Fired Up Garage is one.

Though the peddle for such shows expanded, only a few made it as big as the previous show. Included in the ‘few’ mentioned is Misfit Garage, a spin-off of Fast N’ Loud.

Many may remember Misfit Garage as another Fast N’ Loud that was just full of drama. Funnily enough, if we take a look back, they’re most likely right. Some may see the arguments and bouts of the characters as unprofessional, but I assure you it’s what pays the bills.

Misfit Garage has made a name for themselves, impervious to Fast N’ Loud, thanks to their off-putting yet entertaining antics.

Along with this, many forums were in discussion as each episode dropped, exchanging and arguing on who’s this and who’s that.

While it’s airing, numerous casts have come and left the show, season after season. Gas Monkey Garage producer Richard Rawlings was also the one who produced the show as it was a spin-0ff of Fast N’ Loud, where he is also a producer.

Despite making big-name shows, Misfit Garage marked the first time Rawlings had ever been in the limelight. Car enthusiasts closely followed the show amid mediocre popularity from the so-called general public.

However, without the cast, Rawlings and the show wouldn’t have seen even a bit of success.

In its course, Tom Smith, Jordan Butler, Thomas Weeks, and Scott McMillan all stood out the most from the rest of the crew. As to what people know, Rawlings fired Smith and Butler from the original series due to an altercation.

Although Rawlings would later admit that the removal of the two was just an act so that they could move to Misfit Garage. On account of this, Rawlings used the previous narrative to kick off the spin-off series, Misfit Garage.

What happened to Fired Up Garage?

After airing it’s 7th season back in 2018, Fired Up garage has stopped renewing. There have been feuds going aginst the team and the main producer of the show, Richard Rawlings; that could be the reason why the show has been canceled. People have also been questioning the authenticity of the show as many believed that the show was “Just a show,” which means there was little to no reality, and most parts were scripted.

Whatever may be the case, the fans of “Fired Up Garage” would still love to see the renewal of the show and if that ever happens, we will be the one to let you know.