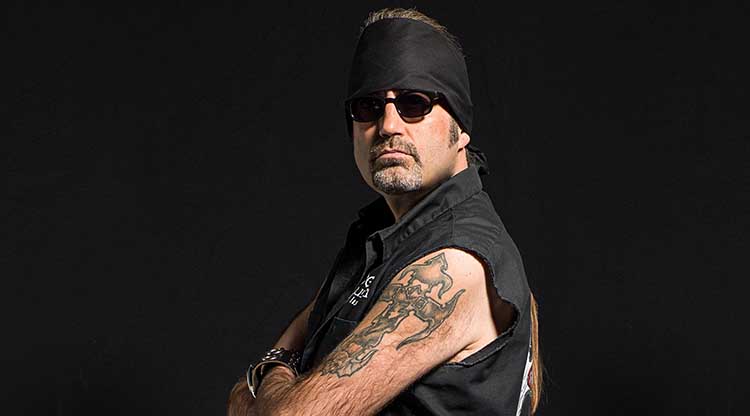 Mike had previously expressed how fatiguing working at Count’s Kustoms had been. His comments led people to believe that he was departing from Counting Cars, a reality show centering around the patrons of Count’s Kustoms.

Nevertheless, fans breathed a sigh of relief when he appeared 20 minutes into the show. He brought, along with him, his outrageous ideas and his patented sense of humor.

As of this writing, Mike is still listed as a cast member of the popular History Channel show.

On Instagram, Mike is often seen with a mystery woman whom he calls “my girl” and “my lady.”

While Mike is not shy about cozying up to the woman, he is hesitant to name the woman or specify whether she is his girlfriend or wife. Therefore, details about the nature of their relationship are yet unknown.

He is, nonetheless, very much in love with the mystery woman. They have been together since at least as far back as May 2019, based on his Instagram posts.

His work eventually landed him at the Vegas auto-tuning shop, Count’s Kustoms. Run by Danny “The Count” Koker, Count’s Kustoms is an automobile restoration and customization company.

The goings-on of Count’s Kustoms and its owners are the subject of the History Channel reality TV show “Counting Cars.”

Advertised as the third spin-off of the beloved History Channel show “Pawn Stars,” the show revolves around The Count and his eclectic crew members as they restore and customize luxury cars for Vegas’ most prominent names.

Besides his appearances on Counting Cars, for which he is, no doubt, paid handsomely, Mike is also a self-made entrepreneur and social media personality.

He has a line of motorcycle helmets and related accessories, all sporting his signature 3D-printed horns. On his online store, Mike sells his T-shirts, hats, and bobblehead figures with his likeness. His merch ranges from $10 to $40.