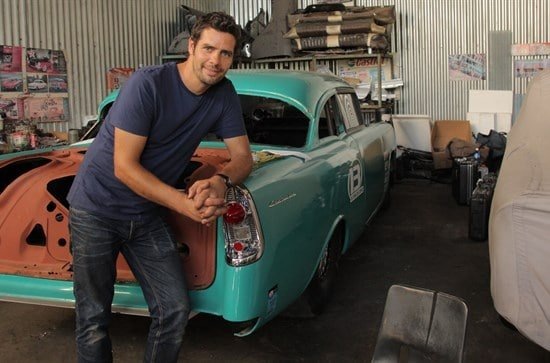 Marc Priestley is a reality star and experienced mechanic. For nearly a decade, Marc was part of the McLaren team. This is a UK-based motor racing team that was started back in the 60s. Being a member of the team allowed Priestley to work with some of the best F1 racers in the business. Additionally, Marc is the new co-host of Discovery’s reality series, Wheeler Dealers.

These include names such as Lewis Hamilton, Kimi Raikkonen and Mika Hakkinen. Gradually, Marc would even become a pundit for the sport. Furthermore, Marc Priestley even used the experience he accumulated over the years to write a book, enhancing his net worth.

Who is Marc Priestley from Wheeler Dealers? Biography and Career

Marc Priestley is an F1 analyst, writer, and television personality set to take center stage on Wheeler Dealers. This comes after Ant Anstead decided to step down from the show to spend more time with his family. Priestley will step into his new role in Autumn 2021.

This will not be the first time he is featured on television. Back in 2016, for example, he was brought on to star in Driving Wild. The show only enjoyed a one-season run and saw Marc test out a variety of F1 vehicles.

In an interview, Marc revealed that he had always wanted to explore a career in Formula One. To that end, he enrolled at West Kent College. While at the institution, he studied Motor Vehicle Technology. After he finished his education, Marc took on an internship at Caterham Seven cars. From then on, he’d link up with several different teams. These range from the Speedsport team to Orbit Motorsport.

By 2000, Marc Priestley had landed his dream job with McLaren. When he started off, Marc was just a simple test team mechanic. He would steadily rise to be the team’s number one mechanic. One major highlight with the team came in 2008, as he helped Hamilton clinch the Brazilian Grand Prix.

A year later, Marc switched his attention to the media. He worked as a Grandprix analyst on platforms like TalkSport Radio. In 2012, he’d even partner with BBC Radio 5 during the British Grandprix.

Net worth and Income Sources

Marc made a good portion of his money working for McLaren. Sources estimate that people in his line of work can generate anywhere between $60,000 to $80,000.

At one point, Priestley was regarded as the top mechanic, which tells us that his salary was on the higher end. Besides this, Marc also generated income as a writer for various F1 Racing publications like Autosport.

Seven years ago, he even signed an eye-catching deal with CNBC, working on a series called One Second in F1 Racing. Other than that, Marc also enjoys a good relationship with the Discovery Channel, which has given him the platform to host shows like Wheeler Dealers.

In 2017, he would finally release his first book. This was titled ‘The Mechanic: The Secret World of the F1 Pitlane.’ The hardcover copy of the book is available for $16 on sites like Amazon. His book was well-received, which in turn helped Marc boost his bank account.

Another source of income we uncovered was Priestley’s popular YouTube page. It has just under 70K followers to date and over 11 million views. This helps him generate more money through ad sales. As of 2021, Marc Priestley’s net worth is $200,000.

Marc’s spouse is a woman named Clare Priestley. The two tied the knot in 2013 and will celebrate their 8th anniversary soon. Marc and Claire have four children together. His Instagram page gives us a unique look into his relationship with Claire. Just last month, for instance, the two took a day off and went to the beach.