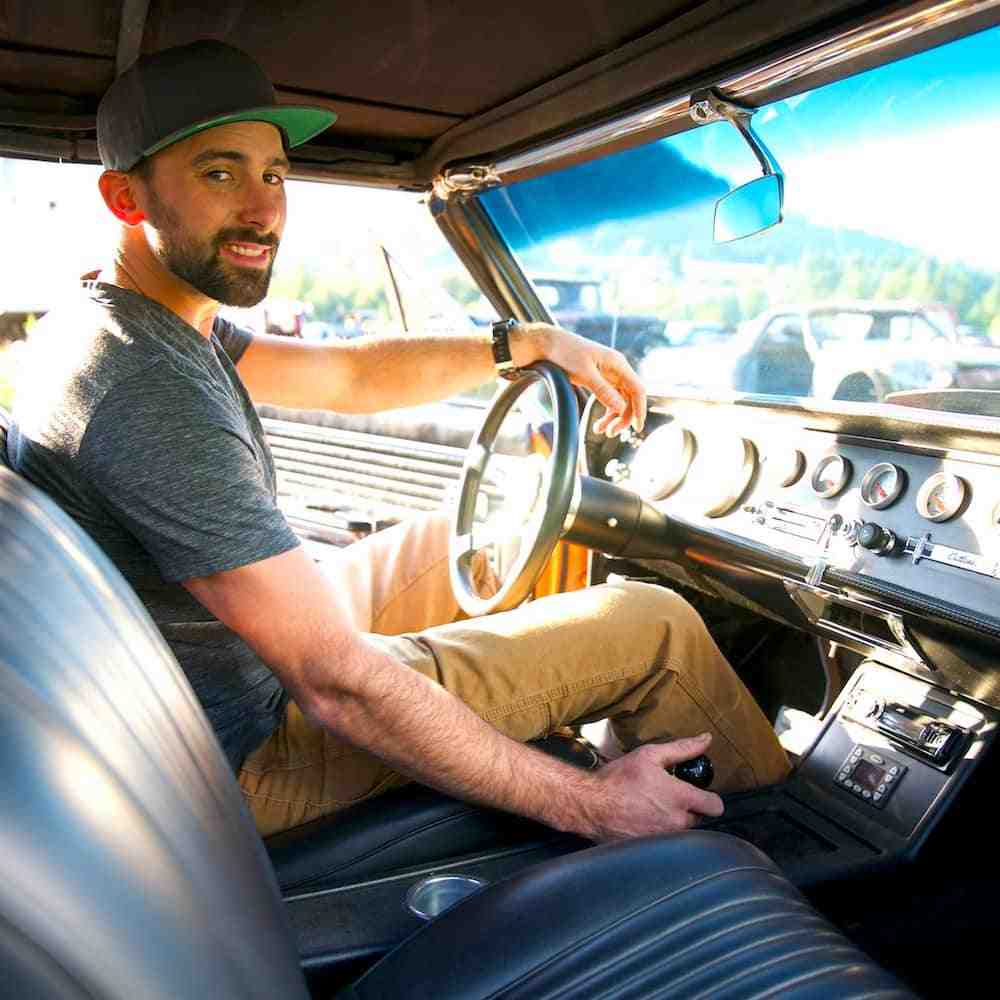 Most often, it’s hard to let go of classic cars, even after they become rusty. Especially if these cars are wrapped with memories. This concern is just a piece of cake for Connor Hall as he is capable of restoring old cars to their former glory. Given this awe-inspiring skill, Netflix recently aired hour-long episodes of the documentary series entitled Rust Valley Restorers. The film emphasizes that there is always someone who can give the old back to life.

Today we have gathered exclusive information about Mike Hall’s son, Connor Hall, regarding his engagement to a fiance, his job at Rust Bros Restoration, and his wiki-biography.

The famed TV drama star Connor Hall was born in the late 1990s in Tappen, Canada. He is the only son of Mike Hall, an actor who pioneered all the cars’ restoration. During Connor’s early years, he is already working with his father. Given this, he enrolled in certain business studies to further widen his knowledge about his father’s occupation.

Apart from being fond of fixing old cars and being an entrepreneur, Connor also loves adrenaline-pumping winter sports. He is also immersed in snowmobiles, surfing while chilling with friends. As a public figure and a businessman, he loves to flaunt their business on one of his social media platforms. Connor shared different pictures and videos of 400 vehicles on acres up for sale. In one of his Instagram posts, he captioned,

“Who’s excited to see what this beauty #66chevelle gets turned onto? It was a long build, but you’ll be able to see it in a week!!! Can’t wait to start sharing build pics!”

As the son of the Canadian reality show star Mike Hall, Connor shared the same obsession with his father – evident in his every social media account and in Rust Valley Restorers’ reality show. During an interview, Connor shared his insights about his father’s odd passion,

“He (Mike) doesn’t have any rhyme or reason. It can be something rotten that has one part he likes; it could be a complete car that he remembers when he was a kid, or it can be something that nobody’s ever seen before, and he has to have it because it’s rare.”

Like Mike, Connor is also passionate about mechanics. At the age of 15, he frequented his father’s shop and observed how everything worked. After years, Mike Hall’s son eventually acquired the skill of fixing cars and became one of his passions. However, with Mike’s obsessions about cars, Connor starts to get frustrated every time his father goes out and buys a new one to add to his collection. For Mike, these possessions are all for Connor’s inheritance, after all.

During the show, Connor addresses Mike with his first name instead of “Dad.” Given this, he received various feedback about his respect and why he calls him by just his name. The actor explained that Mike doesn’t like listening when someone calls him dad, but it gets his attention better if he hears his name alone.

At Rust Bros, Connor worked alongside his father and the other staff, including Avery Shoaf, Mike’s close friend. His prior job responsibility is to supervise all the shop’s operations and ensure no losses. He also looks after his dad’s work to ensure that he does not add more junk cars to their already junk collections. Aside from this responsibility, Connor also attends the client’s meetings and some operations.

In an interview with Hollywood North Magazine, Connor said that he had experienced fixing his own vehicle way back, like replacing the brakes and other minor jobs. As the years go by, he is already more involved and manages the business in a broader spectrum, apart from restoring old cars. Lucky for him, their shop is constantly running in wealth until today.

Apart from having an eye for business and acting, Rust Bros Connor Hall also has a fair share of romantic stories. As a man of good looks and noble character, it’s not a surprise that he captured the heart of beautiful young lady Jada Mazikeen. The actor confirmed their dating relationship in his Instagram posts. Connor’s social media account is full of their sweet pictures together. He always likes to flaunt their relationship and show the world how lucky of a man he is.

In one of Connor’s featured photos, he captioned:

“Everyone deserves someone that looks at you the way @jada.mazikeen looks at me. Thanks for being understanding and not getting mad at me every time I show up late to something or break down in my car when we have plans. Love you, babe.”

Meanwhile, Connor’s fiance, Jada Mazikeen, is also an entrepreneur. Based on her Linkedin account, she works at the Dealer Intelligence Agency. She is also into automobiles as much as her boyfriend, Connor. Apart from this area, Jada has experience working in Marketing Strategy, Social Media, Online Marketing, Digital Marketing, and of course, she has a vast background in business development.

Aside from her professional life, Jada also loves flexing her man in public as well. In one of her Instagram posts, she sweetly wrote:

“Thank you for the best life ever. I’ve been in love with you since I was 17. I always have been, am, and always will be head over heels for you. Throughout the years, we have seen each other through a lot of things: hardships, happiness, good and bad. I love you the way we don’t try to water each other down. We build each other up and support and love one another. We don’t have jealousy or hate in our relationship; it’s all love. The past couple of years we’ve been together have been the best years of my life.”

Connor and his fiance believed in their relationship. Given this, the couple decided to step up the relationship into marriage. Connor Hall asked for Jada’s hand for marriage, and without a single doubt, she blissfully accepted. After the much-awaited proposal, the actor posted a sweet message to his Instagram account,

“Well, at least she didn’t say no!!! It was a hard maybe. Kidding @jada.mazikeen. Now you’re stuck with me.”

Jada posted to her Instagram too, and she captioned:

“I said perhaps. Just Kidding. So happy to be engaged to my best friend.”

Currently, their relationship stays strong as before. While waiting for the perfect moment to have a baby, Jada is still happy as a fur mother to her only dog, Hank.