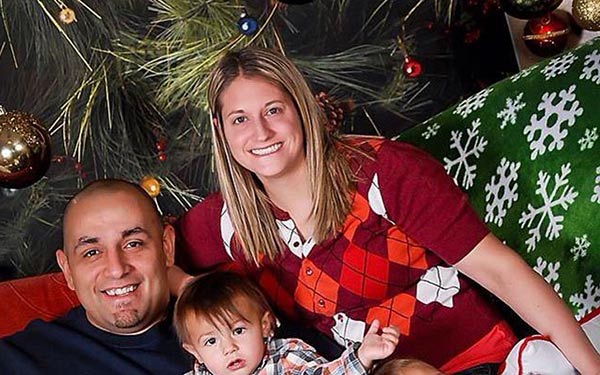 Alicia Leigh Howard was born on 18 August 1980 in Yukon, Oklahoma USA. She is a respiratory care practitioner, but she is most recognized as the ex-wife of Justin Shearer, Justin is a reality show personal and professional street racer, known by his nickname Big Chief.

Alicia Shearer chooses the path of being a respiratory care practitioner. She’s been working for around 20 years in her field and she’s been involved in the entertainment industry because of her marriage with a famous TV star and Street racer, Big Chief.

Because of her success as respiratory care practitioner, She roughly earns 50,000 $ per year. It is estimated that the total net worth of Alicia Shearer is more than 1 million dollars. Since her ex-husband’s total of 2 million dollars on this account and afterward from the divorce settlement.

As for her early life, Big Chef’s former wife Alicia Shearer spent her childhood in Louisville, Kentucky. She was raised by her parents, due to her privacy for her lifestyle; the names of her parents are still unknown.

Alicia went to Yukon High School, and after finishing high school she joined Oklahoma City Community College, where she studied respiratory care practitioners and graduated in 2006.

Alicia Shearer began her career right after her graduation as respiratory care practitioner. Her academic skill and her talents helped her to be the best.

Alicia Shearer had a successful career as respiratory care practitioner and works for several healthcare. She has spent some time at Integris Southwest Medical Center in Oklahoma City working as a respiratory specialist.

And as for her involvement in the entertainment industry, she was on reality shows, thanks to her ex-husband Big Chief.

Justin was nervous when they first met, and he knew that it was not the last encounter with Alicia, and he was right! They became lovers and started dating each other.

Alicia was attending Oklahoma City Community College to pursue her career as respiratory care practitioner and Justin was passionate about cars and race, he was making his career in car racing.

In one interview with Disney, the Big Chef stated,

“I met my wife Alicia when she came into the full-service gas station I worked at when I was 18 years old. I instantly got nervous and I knew that I would have trouble with this girl… and I was right. I’ve been in trouble since that day!”

Big Chef and Alicia got engaged in 2005 and a year later, after Alicia finished college, Justin and Alicia wedded on September 29, 2006. They had children afterward, Corbin Shearer and Covil Shearer.

Alicia and Justin kept a private life. They together spent 10 years together and had 2 children. But, according to rumors, Alicia filed a divorce against Justin in November 2017 based on the fact that he was seen on the reality TV show “Street Outlaws” alongside the person that Justin was currently dating named Jacklyn Braasch, who was alongside the street racer.

While divorce was being processed Alicia moved to live in Mustang, Oklahoma.

In one interview in the show called “The Chief and Shawn show,” he stated” It’s no secret obviously that me and Alicia, my wife of 10 years have been having trouble or whatever you want to call it, well, it is further than just having trouble, we are actually getting a divorce, and that is happening ”

Although they are divorced right now their love towards their children remains the same. They keep in touch with each other for their children.

Some interesting facts about Alicia Shearer

·        Alicia Shearer and Justin Shearer met when they were 17 and 18, respectively. They met each other at a gas station where Justin worked full time at the station.