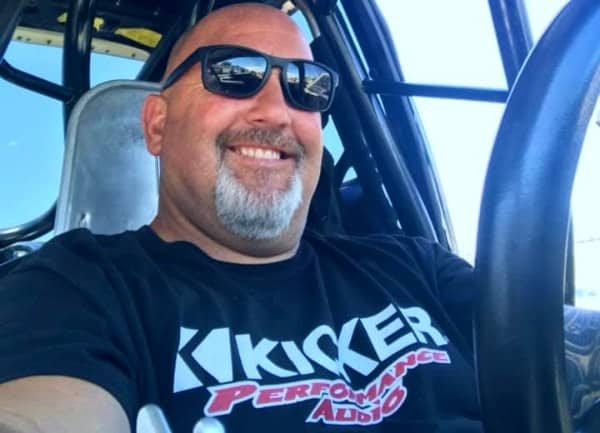 The man of the streets, who terrorized every racer with his Ford Mustang, Chuck Seitsinger is an American drag racer who is most famous for being a cast member of the television reality car tv show Street Outlaws. Chuck used to spend most of his days driving and racing in the streets or tracks, and he was so into racing that it seems as if Chuck and race are two inseparable elements.

This American speedster was born in the city of Oklahoma in February 1970. He grew up with his brother Dusting and sister Kimberly. As far as his education is concerned, he is a high-school graduate from Edmond Memorial High School in 1988.

Ever since his senior year in high school, Chuck was fascinated by cars. As a result, he started driving in his teenage days. Moreover, his father owned a garage where sports cars would come for repair, and Chuck would prefer to linger in his father’s garage more than studying.

How did he get into racing?

It was no doubt that Chuck had a love for racing since his childhood. It was only a matter of time when he would take a car and go for a speed ride. However, he wanted to crack the entire anatomy of the car in order to have a better understanding of each and every function of the parts so that it would benefit him when he becomes a race driver.

Soon after graduation, Chuck Seitsinger from Street Outlaws began working at a Honda factory for a couple of years. He would work his way up to reach the highest qualification as a trained service advisor, mastering the technical knowledge of the car.

After few years, Chuck began an importing business but didn’t find success in it. Hence, he decided to stick with what he does best; racing. As a result, Chuck worked on improving in skills as a drag racer. In subsequent years, Chuck won the NDRA National Championship in 2004, where he also became 2004’s best rookie drag racer.

In 2013, Chuck joined the first season cast of the reality show Street Outlaws and has been a permanent member since then. He is one of the best drivers that the show has ever had. Over the years, the show’s popularity has grown steadily and increased his fortunes immensely. Moreover, the show has completed its 15th season as of 2021.

Chuck is a veteran driver who has proved time and again that his Ford Mustang is perhaps the fastest car in the show which completes one lap in 8.21 seconds at 184 mph.

Winning multiple car race tournaments, forming an online business, and by becoming a television personality of Street Outlaws, the 50-year-old veteran has been able to gain a staggering net worth of $1 million as of 2021.

Chuck was once happily married to his wife but later divorced. The reason for divorce is because of Chuck’s erratic and abusive habits to his wife and children. His former wife went to court to get custody of their children as well. Not much is known about his former wife.

Chuck is Dating a New Girlfriend

It came to the media’s attention that Chuck began a new relationship with a girl named Elisa Noella after divorcing his former wife. He confirmed this news by posting it on his social media in 2018. As it happens, Elisa is also a fan of cars and racers.

Although there is not much detailed information about Elisa, it is believed that Elisa has had experience working with cars in the car industry and worked as a designer there. Her favorite car is Mustang similar to Chuck’s.

Chuck Seitsinger wife-to-be girlfriend Elisa also happens to be a divorcee who separated from her husband due to his abusive behavior. Elisa has two daughters from her previous relationship.

Together, the couple had three daughters. The eldest daughter is Chelsea Seitsinger, who is currently studying veterinary medicine at the University of Oklahoma. Very little is known about Chuck’s second daughter. Meanwhile, her youngest daughter is Maddie who is constantly active in her father’s social media. 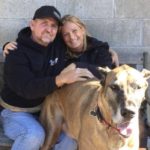