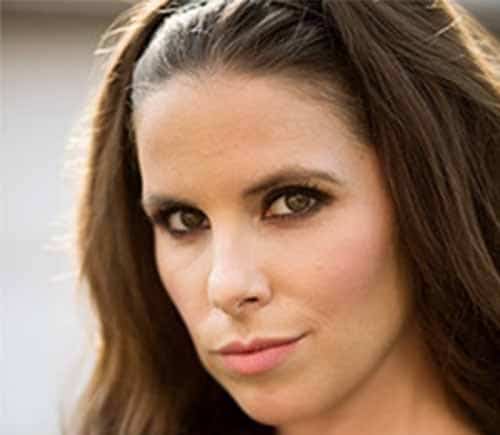 When we talk about some of the entertaining reality shows on tv, we instantly remember its cast members and the host. Because they are the reason for lighting up the show. Similarly, Lauren Bohlander is a well-known host who is known for her work in numerous television shows, but most importantly one of the best car tv shows, Garage Squad.

She is an American who loved communicating with the mass from an early age. Moreover, soon after graduation from high school, Lauren joined DePauw University in order to gain professional training and knowledge on speaking in the media. Hence, she graduated with a Bachelor’s Degree in Communication Arts and Sciences in 2004.

While Lauren has worked in numerous radio stations, she only gained prominence when she became the host of Garage Squad. This beloved cast member of the show instantly became a fan favorite due to her charming personality and sensible humor.

However, she came to the headlines for being left out of the show. Lauren had to quit the show which has left many fans in dismay. Even after her departure, fans still want to connect with Lauren.

Lauren Bohlander’s date of birth is on the 11th of January 1981. She grew up in Lincoln, Nebraska, USA. However, she has not revealed her parents and siblings as of this date.

Lauren Bohlander is a celebrity who has gained thousands of fans throughout her life. When someone becomes a celebrity, one of the things that their fans are intrigued about is their net worth. Lauren is no exception. Even after her departure from Garage Squad, she still has fans who wish to know more about her life.

As of 2021, Lauren has an estimated net worth of $1 million. A majority of her income is a result of her dedication to the field of journalism. Likewise, she also earns a heft amount of salaries from various television appearances.

Lastly, she is married to a successful car racer, Tony Kanaan. Therefore, she shares his staggering net worth of $20 million.

Garage Squad is one of the hottest reality shows of old car restoration that airs on Velocity. While the fans have their favorite car mechanics on the show, one of the cast members that they liked the most was Lauren Bohlander. However, in the recent season of Garage Squad, Lauren Bohlander cannot be seen in any of the episodes which have caused the fans to be concerned.

During the show’s initial seasons, Lauren used to co-host with other colleagues. However, now she has been replaced by Heather Storm and Bruno Massel. While the exact reason for her departure has not been confirmed, but reports suggest that the Velocity Channel decided to terminate its contract with Lauren.

Since then, Heather took over Lauren’s job but she also left the show in the sixth season.

As if being a tv personality wasn’t enough, she is also known for being the wife of a Brazilian car racing champion, Tony Kanaan. It is reported that the pair fell in love in 2011 and dated for almost two years. Finally, they decided to tie the knot on the 8th of March 2013, in Miami, Florida.

Currently, Lauren Bohlander and her husband Tony Kanaan share their house together with three kids– the first son is Deco who was born in 2015, the second son named Max born in 2017, and their daughter Nina in 2018.

Kanaan also has a son named Leo Kannan from his previous relationship with Daniele Muniz Loiola. 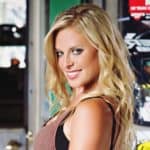 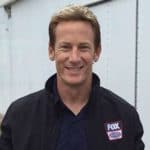 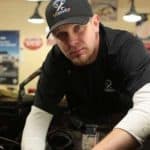