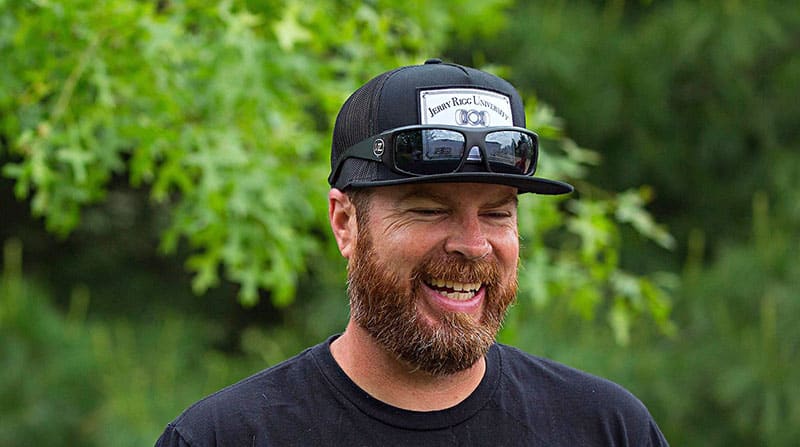 Mike Finnegan is an American car builder, TV host, and producer. You probably recognize him from the shows, Faster with Finnegan and Roadkill, which he hosts. Aside from that, he also has a YouTube channel, Finnegan’s Garage, where he posts videos of himself working on cars.

Mike Finnegan has been working for Motor Trend for ten years now. Let us take an in-depth look at his career, net worth, TV shows, and marriage. As you continue reading, you will uncover more facts and details about Mike Finnegan and his Television Shows.

Who is Mike Finnegan?

Mike Finnegan is a Semi-Pro winning boat racer and a skilled fabricator. With his many years in the motor industry, he has really come to perfect his work. Mike graduated from Orange Country College with an Associate of Arts Degree.

Later, he gained more education when he went to get a Master’s Degree in Art. After he finished his studies, he started writing articles for automobile magazines such as Drugboat, Truckin, and Mini Truckin. He has not mentioned anything else though we can assume that he has worked in a couple of garages where he managed to pick up some skills.

Mike started his career by working in Laguna Hills. In his time there, he installed stuff like car stereos and alarms. Motor Trend then hired him in 2010. Mike starred in the Automotive Programme called Roadkill alongside David Freiburger. Mike had a show named after him, Faster with Finnegan. Together with his friends, they buy cheap cars which they fix up and race in.

Two years back, In one of his YouTube videos, he mentioned that he just turned 42 years old that makes him 44 years old in 2020.

We know that Mike Finnegan is married and that he has two sons. However, Mike has not taken the liberty yet to give more details about them. We only got to see a picture of one of his sons on social media and another photo of their wedding day. Mike and his wife got married on 18th September 2005. The married couple looked so beautiful together. We are hoping that he gives more details about his family very soon.

For all the years he has been working in the car industry, he had to have grown big and richer. Mike receives income from his work and the TV show. We cannot be entirely sure about how much he makes.

Apart from that, we are also sure that he earns something from YouTube. To date, Finnegan’s Garage has 653K subscribers who have brought in about 56,534,307 views in total. It makes his channel very marketable in regard to advertising.

Mike Finnegan’s net worth is said to be close to $3 million.

It is an Automotive Documentary released on 17th February 2012, and it airs on Motor Trend Streaming Service. There was a time when viewers streamed the show for free, but now you have to pay to view. The TV show starred Mike Finnegan and David Freiburger. So far, it has three spin-off series; Roadkill Garage, Faster with Finnegan, and Roadkill’s Junkyard Gold.

Mike Cutton works together with Finnegan and David Newbern to repair and modify vehicles. Most of the cars they work on have already been featured on Roadkill.

The show features Steve Dulcich and Freiburger. They modify and repair vehicles that they find in a massive vehicle junkyard or Dulcich’s grape farm.

The series is about an automotive historian, Steve Magnante, who visits different junkyards to discuss the history of the vehicles. At the same time, he looks for cars that Freiburger and Mike Finnegan can work on. Unfortunately, Mike Finnegan is no longer on Roadkill. He was let go due to short funds on the show.

Here are some few facts about the TV show Roadkill that you might not have known:

So far, we have managed to find out that he has an Instagram, Twitter, and a YouTube account. Looking at his posts, it’s all cars and boats. We get to see everything he is working on, and Mike keeps his fans up to date. On his Instagram account, we also see him working a lot on his boat.

Mike Finnegan celebrates his birthday every year on 27th January. He has still not been able to open up about some personal details of his life, but we are hoping that it will change soon.