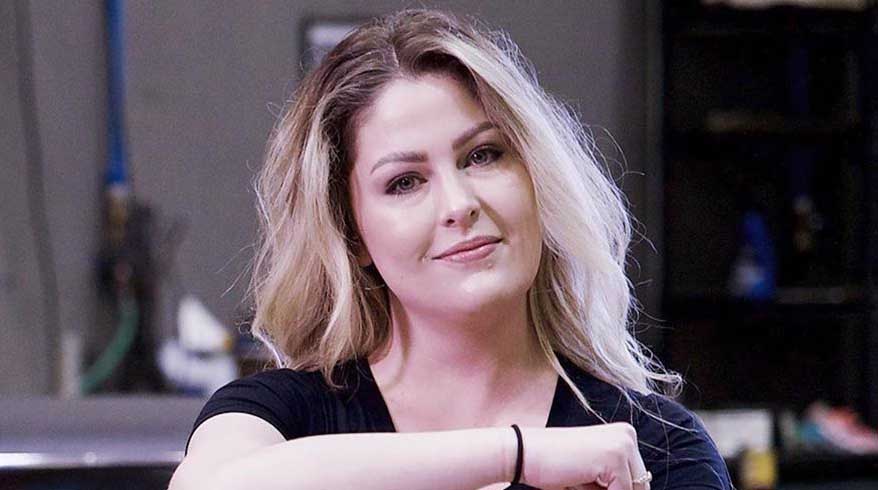 Do you remember the saying that behind every successful man, there is a woman? Allysa Rose ticks every box of that woman. Now, although she is not the wife of Mark Worman, Allysa Rose is a crucial instrument to her father’s success over the years. Mark Worman, of course, is the producer of the popular reality TV show Graveyard Carz.

Allysa is popularly known for her input in her father’s show. Still, there are a lot of key facts that you don’t know about this star actress. Let’s address some of them here – 11 intriguing facts about Allysa Rose.

It looks like the Worman household prides itself on keeping top secrets as a family business. There are no detailed records about the name of Allysa Roseman’s mother, whether she has other siblings, and whether her father is still with her mother.

However, we do know that she developed the same passion her father does for restoring cars by watching him work at a young age.

Her father is Mark Worman. He is the producer of the popular reality TV show, Graveyard Carz. There are no details about Allysa’s mother, even though she has posted pictures of them together in the past.

Allysa Rose’s childhood years were very secretive. There are no specific details about her lifestyle until she featured in her father’s reality TV show. It is, however, sure that she had a great childhood with her father Mark.

She picked up interest in cars very early and watched her father put together several damaged cars. At 10, she started repairing automobiles, and now Allysa has become exceptionally good herself at fixing cars.

Not much is known about Allysa Rose’s education. However, media sources confirm that the star actress is a trained dancer in various aspects of dance, like hip-hop, ballroom, classical ballet, among a host of all others.

Mark Worman’s daughter started training when she was only 7, and she followed through with it until she was 17. We also know that she had a childhood dream of becoming an actress, but didn’t fan the flame until she could combine it with her passion for cars.

Allysa was born in the year 1991. That means that the star actress would turn 29 this year. The exact date of Allysa’s birth is unknown. However, her post on Instagram, 17 May 2014, wishing herself a happy birthday, could indicate that it’s her birthday. Like her father, she was born in Springfield, Oregon.

She has a useful life outside Graveyard Carz, that’s for sure. She is an avid dancer, and while her greatest passion is about cars, she also loves to ride motorcycles and dirtbikes.

In high school, Allysa showed a lot of interest in sports and was an active volleyball and soccer player. She also likes to watch movies and TV series, one of her favorite shows being Rick and Morty.

This Graveyard Carz’ only female cast Worman is confirmed to be blonde and has blue eyes. Like most intricate details of her personal life, her exact measurements in weight and height are unknown. She is portrayed to be a physically fit young woman.

She was married to Josh Rose, a pro-level Australian footballer. However, the marriage broke up a couple of years later, shortly after the birth of Allysa’s second daughter. While in the relationship, Josh appeared in some episodes of the show. The reason behind Allysa Worman’s divorce was kept secret.

9. She is Currently Dating Chris Wanke.

After the divorce, Allysa was rumored to be in a relationship with Anthony ‘Rumbler’ Johnson, a retired martial arts fighter.

The relationship did not last for some unknown reasons. Sources also claim that Allysa Rose is currently seeing Chris Wanke, especially after a picture that showed her kissing Chris went viral.

She has two children from her marriage to Josh Rose. She has two girls, Emma and Brooklyn. Some sources also state that Allysa has a third child with Anthony Johnson. The truth or falsity of this claim is not confirmed.

Without an iota of doubt, Allysa’s love for cars stems from that of her father. She is known to have joined her father in his workshop while growing up, and this gave her a lot of hands-on experience with cars. Some sources also say that her relationship with her first boyfriend further fueled her passion.

Allysa’s career kickstarted shortly after she finished high school. In 2012, she got her debut appearance in her father’s reality show, “Graveyard Carz.” Since then, Mark Worman’s daughter has regularly featured in the show. There is no doubt that her role in the show has launched her into the limelight.

Apart from her role in Graveyard Carz, Allysa has gone into sports reporting. Although she started small, she has now become a sports anchor on CBS Sports Radio. She has also launched an entrepreneurial business tagged “Likeable Media.”

The media is not clear about how much Allysa Rose Worman is worth. Some sources, however, claim that the reality TV star is worth a lump sum of about $500,000, a figure that has accumulated over the years from her successful acting and entrepreneurial career.

Despite the uncertainties in the actual amount of Allysa’s net worth, there is no doubt that she can take care of herself, and her family too!

Graveyard Carz is a reality TV show that focuses on the restoration processes of Mopar muscle cars that are involved in car wrecks. Most of the vehicles have been written off, but the Graveyard Carz team works hard to ‘resurrect’ the cars.

She regularly features in the show together with her father and other members of the cast. She is the only female on the show and doesn’t mind getting a little bit dirty, as long as the cars are restored. Mark’s daughter doesn’t mind grease stains either! Cool, right?

As expected of celebrity stars, Allysa Rose keeps a very active profile on social media. She has a massive fanbase on Facebook and Instagram, and her followers on both handles are up to 40,000. That’s not all, She also launched her Twitter account in 2012, and she has tweeted over 15,000 times.

Allysa Rose Worman is her father’s daughter. They share a loving relationship that is obvious both on-set and off-set. The media is filled with pictures of them together. Allysa has also posted her mother’s photos from time to time. 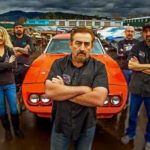 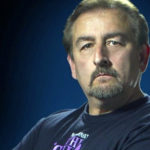 Mark Worman’s Wife and Net Worth, 16 Facts you should know.